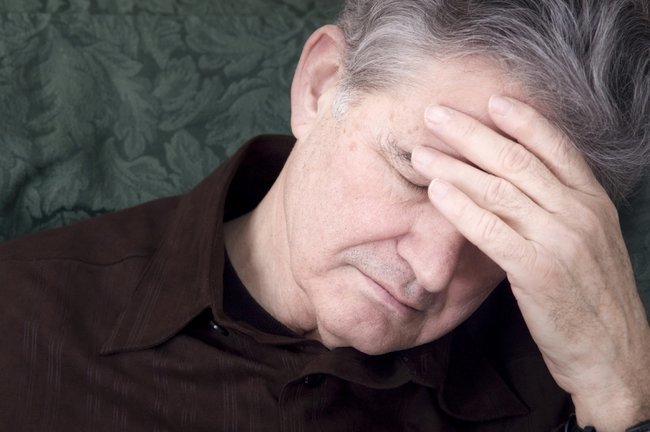 By Alan Mozes, HealthDay Reporter MONDAY, Dec. 3, 2018 (HealthDay News) -- About 10 percent of people will suffer from the itchy skin condition known as eczema at some point in their lives, new research shows.And though it is widely thought of as a pediatric condition, seniors are also highly vulnerable, the study suggests.

The report did confirm that eczema risk is common among children, affecting as many as 1 in 5 infants and toddlers. That risk starts to drop off by the time people reach young adulthood and middle age. But when people reach their 70s, their risk goes up again, with 1 in every 10 seniors affected."Eczema -- also known as atopic dermatitis -- is an itchy inflammatory skin disease," explained study author Dr. Katrina Abuabara, an assistant professor in the department of dermatology at the University of California, San Francisco."Because eczema often develops early in life and waxes and wanes over time, most research has focused on children," Abuabara said."Ours is the first large study to examine rates of active physician-diagnosed disease across the entire life span," she said. "Similar to other reports, we found declining rates of active disease across childhood. We were surprised, however, to find steady rates of active disease throughout adulthood and increasing rates in older age."To explore how eczema risk plays out over one's lifetime, Abuabara and the research team analyzed statistics regarding eczema cases on British residents between 1994 and 2013.In all, the data concerned more than 8.6 million patients, ranging from infancy up to age 99.Ultimately, the team found that individuals appear to face a 1 in 10 chance for developing eczema at some point in their lives.But risk did vary across age groups. In fact, Abuabara noted, the risk follows a "U" shape: "It is highest in childhood, dips among young adults, and rises in mid-to-late adulthood," she said.Specifically, the researchers found that a near 20 percent risk among very young children starts to decline steadily during the preteen years, ultimately hitting a low of about 5 percent by the time people reach age 20.Thereafter risk hovers steadily at that level, only to start a slow ascent again when individuals hit their late 50s.The findings were published in the Dec. 3 issue of the Annals of Internal Medicine.As for treatment, Abuabara said the gold standard involves moisturizers, topical corticosteroids, phototherapy and immunotherapy drugs, as needed.She also noted that "the U.S. Food and Drug Administration approved two new medications for eczema in 2016 and 2017, and more than a dozen additional agents are under development and clinical testing, offering hope for more personalized and targeted treatments."Dr. Robert Kirsner, chairman of the University of Miami Miller School of Medicine's department of dermatology and cutaneous surgery, characterized current treatment options as "limited." He was not involved with the study."Cost is an issue, and potential side effects of oral medications may also be an issue," Kirsner said. And only one injectable drug has been approved by the FDA, so insurance companies do not always agree to pay for medications, he said.However, he noted that "new medications are being developed, which will likely add tools to help alleviate patient suffering."Meanwhile, the study "confirms other recent data suggesting that common eczema persists into adulthood," Kirsner said."The fact that eczema is less common in young adults and middle-aged [people] suggests that either childhood eczema wanes over time and recurs, or that it wanes and new cases develop in late adulthood," he said.Regardless, Kirsner noted that "for a long time it was the thought that the majority of childhood cases of eczema resolve, but this is clearly not the case."SOURCES: Katrina Abuabara, M.D., assistant professor, department of dermatology, University of California, San Francisco; Robert Kirsner, M.D., Ph.D., chairman and professor, department of dermatology and cutaneous surgery, University of Miami Miller School of Medicine, and director, University of Miami Hospital and Clinics Wound Center; Dec. 3, 2018, Annals of Internal MedicineCopyright © 2018

Here are some questions and conversations from MyEczemaTeam:

• I went and saw the specialist yesterday. He reaffirmed that I have a very difficult and severe case of Atopic Disease."

• What's the best product to use on a 3 year old for eczema?

• "I’ve had eczema my whole life going from doctors to dermatology to hospital. The past couple months it has been Very bad..."

Have your or someone you care for's eczema symptoms changed over time?
Share in the comments below or directly on MyEczemaTeam.

What are you thankful for?

By Robert Preidt, HealthDay Reporter THURSDAY, May 3, 2018 (HealthDay News) -- A treatment that...